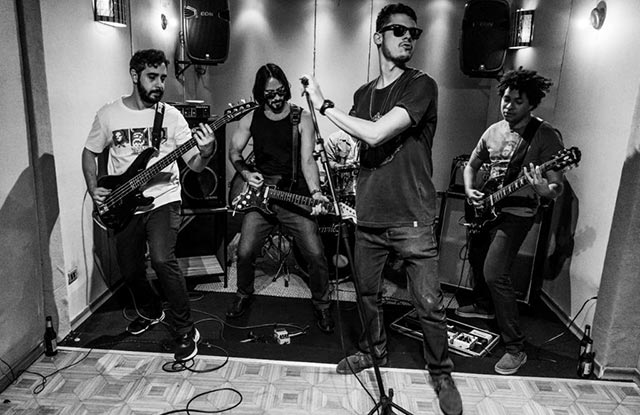 John Wick, John Silverhand and Neo were all, at the same time, in Goiania, a big city in the Central-West Region in Brazil. Or something like that. Brazilian band Blowdrivers have released a new single, Looks Like Me, featuring Marcos Jeeves, a famous Keanu Reeves’ doppelganger in the South-american country.

The band says that Looks Like Me was created after they knew Marcos Jeeves, who is from Rio de Janeiro. As the doppelganger would be in Goiania, Bloowdrivers made the music, wrote the lyrics and also record a vídeo with Jeeves.

Blowdrivers is working to release a new EP this year, after the Cooking Something New, a four-track EP from 2020. Singer Arthur Benaglia says this new work will sound heavier, adding some stoner references to the band’s hard rock.